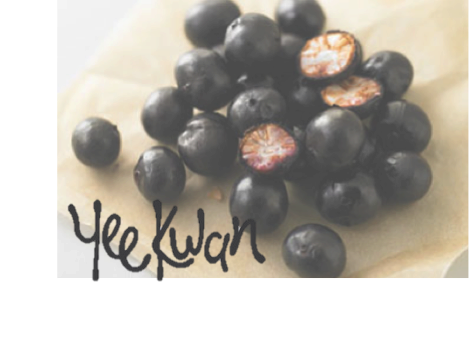 Packed with antioxidants and nicknamed ‘Nature’s power fruit’, pomegranates are a no-brainer when it comes to your health. In fact, some studies show the fruit, which has around 600 seeds, contains almost three times the total antioxidants in green tea and red wine.

The acai berry, touted by Oprah as a ‘super food,’ grows in South American rainforests. This dark berry has been shown to have twice the antioxidants found in blueberries, as well as omega fatty acids, protein and fiber. It’s so powerful, some studies have shown it kills off cancer cells in a lab setting.

It’s not just about the guacamole when it comes to avocados. The avocado fruit (often thought to be a vegetable) contains healthy monounsaturated fat, which has been linked to a reduced risk of cancer, heart disease and diabetes and fatty acids, avocados can help lower LDL (bad cholesterol) levels while raising the amount of good cholesterol in your body. The healthy fats in avocados also promote the absorption of other carotenoids—especially beta-carotene and lycopene—which are essential for heart health.

Native to North America, blueberries are a staple in this country. These little blue berries are loaded with antioxidants and have been also been linked to anti-aging, improved vision and brain function.

Found in the Goji in China, Mongolia and in the Himalayas in Tibet, goji berries have been used for 6,000 years by herbalists to protect the liver, help eyesight, improve fertility, strengthen the legs, boost immune function, improve circulation and promote longevity. The berries contain carotenoids that act as antioxidants to protect the retina of the eye.

Need your daily dose of vitamin C? Try some kiwi fruit. They contain a high amount of vitamin C (more than oranges) and as much potassium as bananas.

The tomato pretty much tops our list of Superfruits (even though some people still think it’s a vegetable). Tomatoes pack a sought-after antioxidant called lycopene, which is rarely found in other Superfruits, and they’re high in vitamin C, potassium, and fiber, and super-low in calories.