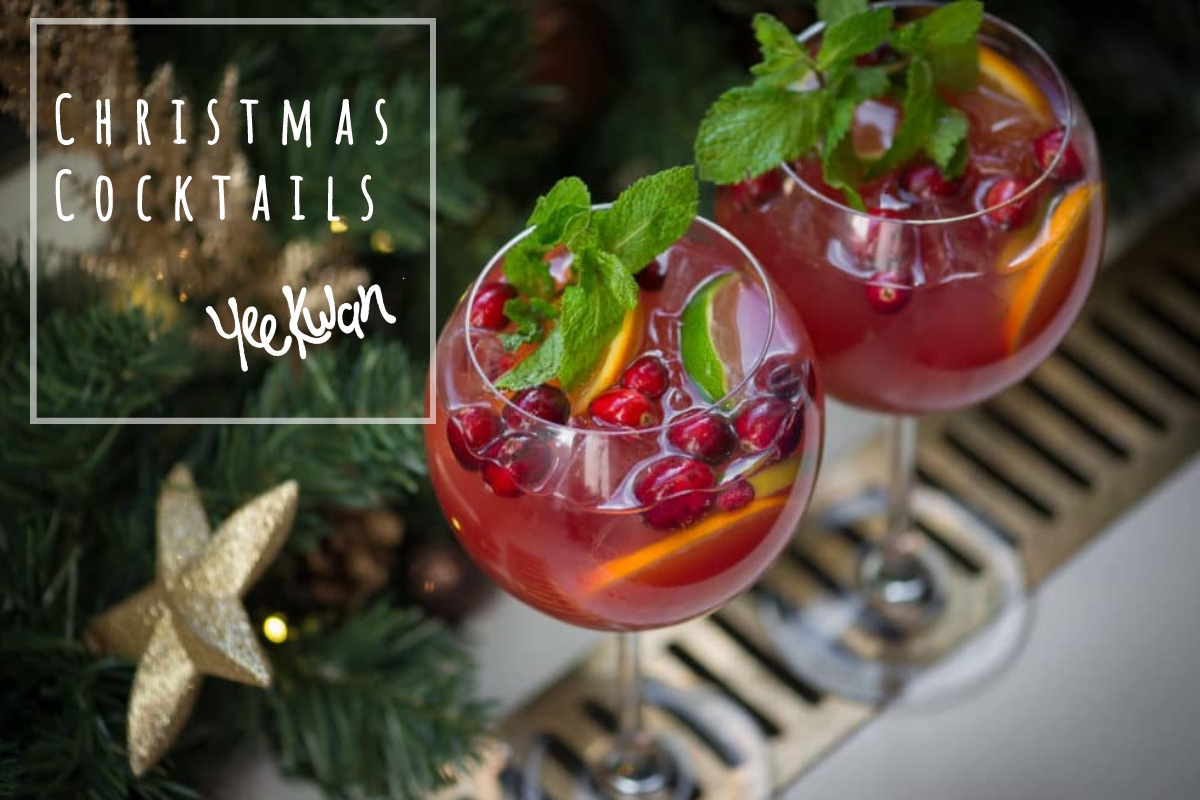 Whether you save these tipples for Christmas day or treat yourself a little early we’re sure you’ll be coming back for more, and more…and more *hic*You all know how much we love a kick of chilli with our chocolate….

In a saucepan over low heat add the cocoa powder, cayenne pepper, cinnamon powder and chilli powder. Toast for a couple of minutes. Using a small whisk or wooden spoon, slowly incorporate the almond milk.
Raise the temperature to medium-high and bring to a slow simmer. Stir in the honey and remove from the heat.
Rim a mug with garnish of your choice (we chose paprika) Pour in tequila. Add hot cocoa mixture. Stir with a cinnamon stick and serve.

Something a little different – Lychee and Rose

Shake all of the ingredients together with ice and strain into a martini glass, garnish with a rose petal or lychee fruit for wow factor.

Over a low heat, melt the butter in a pan with the sugar and cloves. Turn off the heat and add the Bacardi Carta Negra and stir well. Pour the contents through a sieve into a mug or toddy glass and top with hot water to taste. Garnish with a cinnamon stick and grated nutmeg.

Warm the spices in a dry pan over a low heat for approximately 10 minutes.
Grate the lemon and orange rind into in a bowl, then squeeze in 2 tablespoons of each juice.
Combine with the rest of the ingredients, including the warmed spices. Mix well, cover and chill for 3 to 4 days, stirring a few times daily, if you can.
To bottle the vodka, line a sieve with muslin and strain. Discard the cinnamon sticks, but reserve the soaked fruits for other uses.
Decant the vodka into clean bottles and seal – this will store for up to one year, and can be served from the freezer or at room temperature.

It wouldn’t be Christmas without it – Mulled Wine

Combine all ingredients in a non-aluminum saucepan and bring to a simmer (not a boil – you don’t want to boil the alcohol out!) over medium-high heat. Reduce heat to medium-low, and let the wine simmer for at least 15 minutes or up to 3 hours. Strain, and serve warm with your desired garnishes.