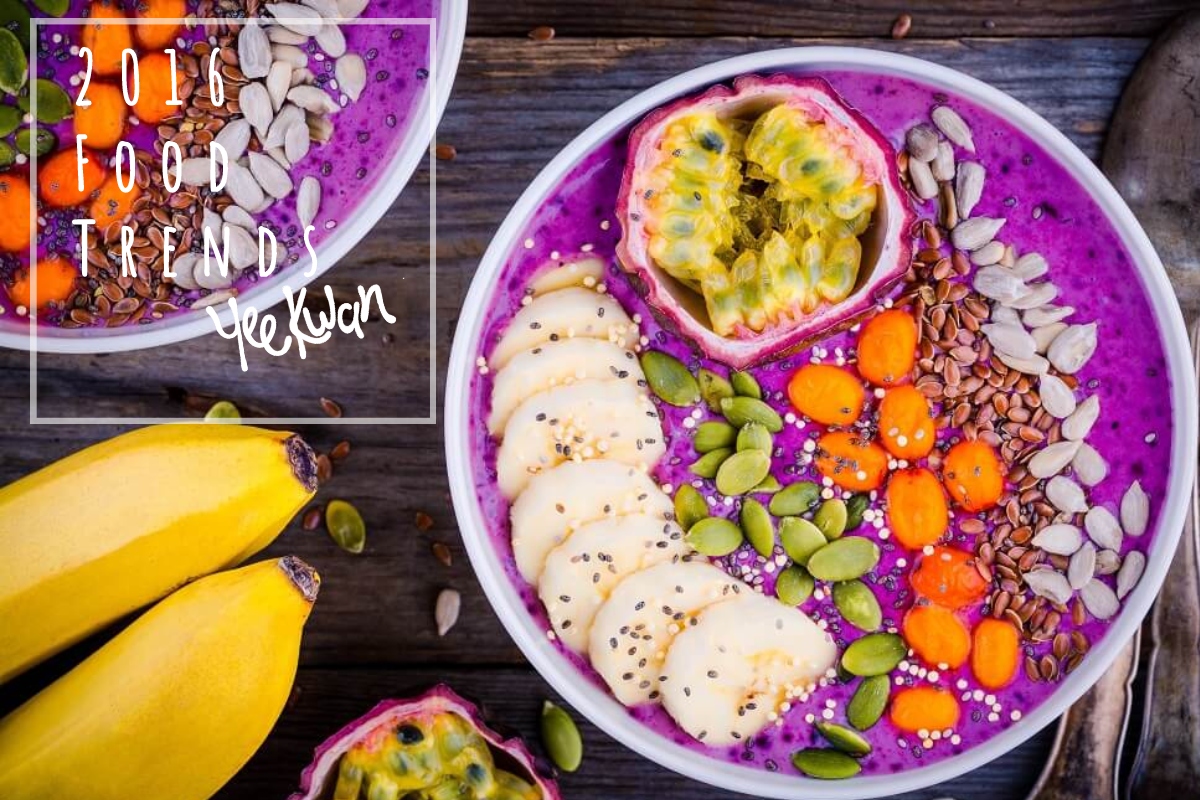 From fresh takes on bright, healthful fare to exotic Pacific and Asian influences, these are the things that will be dominating the food scene — and your diet — in 2016.Poke

Even if you’ve never personally tried poke, chances are you’ve heard of it. This traditional Hawaiian salad made up of raw fish, seasonings, sauce, fruits, and vegetables has taken the West Coast by storm this year.

Vanilla? Boring. Chocolate? Snooze. Although these aren’t going away any time soon, funky twists on the classic creamy dessert are on the rise. Artisan ice cream makers like Ohio’s Jeni’s Ice Creams and New York’s Ample Hills have built devoted fan followings, thanks in no small part to their unique, seasonal flavors. Some creameries are pushing the limit with wild creations that appeal to adventurous eaters and food bloggers alike,
others are redefining what ice cream is altogether. Taiwanese shaved snow cream is an up-and-coming trend and Thai rolled ice cream. Any way you scoop it, funky, fancy, and fantastic flavors are here and ready to dominate the cream scene.

Kale is out, and seaweed is in. After many years of kale dominating the leafy vegetable world, many are calling seaweed the new go-to green. Not only is it environmentally friendly and plentiful, but seaweed is also packed with fiber, antioxidants, iodine, and good fats.
According to the Specialty Food Association’s 2016 Trend Forecast, seaweed is “set to explode thanks to its sustainability angle and umami appeal.”

There’s a good chance you’ve never tasted, or perhaps even heard of, ube before — but that’s about to change. Filipino cuisine is hot right now, and perhaps its best known and most instantly recognisable ingredient is this vibrant purple yam, which will be found all over in 2016. Look for ube doughnuts, ice cream and cheesecake because these purple sweets are about to begin a rise.

The funky, earthy flavors of fermentation will be big this year, as people stock up on artisan pickles and pile kimchi on just about everything, from sandwiches to savory pancakes. In addition to lending dishes a unique, acidic flavor, eating fermented foods hugely benefits the health of your gut. When food is fermented, the sugars and carbohydrates are broken down by healthy bacteria, resulting in a pungent burst of flavor.

Out with the mustard, ketchup, and mayo and in with the spicy, funky sauces of Africa, Asia, and the Middle East. Spice is the name of the game in food right now, and nothing quite brings the heat as these pepper-packed pastes. And we’re not just talking Sriracha. Korean gochujang (fermented chili paste) is going to be huge in 2016, as well as Indonesian sambal oelek. So if you’re a spice lover, get excited to find these tangy flavours on menus all over.

The gluten-free trend continues with the rise of hip flours. Pasta, grains and baked goods are focusing on bases made of beans, lentils and coconut as well as grains like quinoa, millet and amaranth. Bean flours, including chickpea, are becoming increasingly popular among pasta and snack options popping up on supermarket shelves.

The power of plants has been trending for several years but 2016 may be their time to truly shine. The National Restaurant Association noted that chefs will be increasing their use of vegetables as a main ingredient with animal proteins moving away from the center of the plate. A number of “on-trend” vegetables will include kohlrabi, kalettes, purslane, broccoflower as well as vibrant vegetables including rainbow carrots, squashes and purple cauliflowers. All vegetables contain an abundance of many vitamins, minerals and phytonutrients as well as helping to boost fibre intake which is lacking in many people’s diets.

Our favourite antioxidant-rich, powdered green tea originates from Japan and has been popular for some time now. However, the use of this powder is moving away from the teacup and onto the dinner plate as chefs work it into dishes such as dips, breads, porridge, curries and grain-based dishes such as tabbouleh to add a nutritional boost. 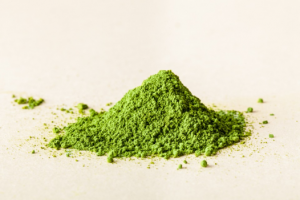 These lovely, tasty and dairy-free milk alternatives have been popular for a while and the best ones are made by smaller producers that simply use nuts and water with the addition of natural flavours. This year will see producers using a wider variety of nuts such as Brazils and pistachios as well as adding interesting flavours and ingredients with additional health benefits such as turmeric. I think we will see larger food manufacturers getting in on the act as they appear more readily on supermarket shelves. Fresh nut milks are highly nutritious and rich in protein, fibre, monounsaturated fats, B vitamins, iron and magnesium. It’s also really easy to make your own at home – all you need is a blender, bag of nuts and water. You can add flavour using cocoa powder, vanilla and a little honey.